Mehul Vora August 6, 2016 Leave a Comment on Twelve (Dwadasha) Narasimha Kshertams of Tamil Nadu- Part 1
Share the stories
In Sat Yuga the two gatekeepers of Vaikunta due to the curse of the four kumara were born as demons Hiranyakashipu and Hiranyaksha, Hiranyaksha was killed by Mahavishnu in his Varaha or boar incarnation rescuing Bhoomi Devi.
The elder Hiranyakashipu to take revenge from Lord Vishnu did severe penance and got a boon from Lord Brahma, that he will never meet the death by human beings, animals, earth and sky, by any instruments in and out of the houses, etc. Then Hiranyakashipu, on the Power of the boons, troubles everyone and forced everyone to worship him.  Hiranyakashipu had a son Prahalad who was a great devotee of Vishnu, Hiranyakashipu then even tortured and tried to kill his own son and then Lord Vishnu took the Nrsimha incarnation and killed Hiranyakashipu according to conditions of the boons received by Lord Brahma. Lord Nrsimha is said to appear in Ahobilam, Andhra Pradesh, and is widely worshipped in South India. Here I am enlisting the twelve important Places of worship in Tamil Nadu.
1. Lakshmi Narasimha – Anthili
A very famous 1600 years old Nrsimha temple built on a rock in Garuda shape. is Located 195 kms South West of Chennai off the Villupuram-Thiru Kovilur SH7

on the banks of Pennai River. It is also noteworthy that the rays of Sun fall on the presiding deity on all 365 days of the year

Lord Narayana comes to the rescue of His devotees without any delay. In the avatar of Narasimha, Lord rushed to help his devotee Prahlad. In his swift action, he did not wait for his mount Garuda but appeared instantly from a pillar and protected Prahlad. This caused much anxiety to Garuda who felt being left out. Garuda wanted to know whether he had committed anything offense. So He left Vaikunta and started intense penance without food and water at Anthili.

The severe penance of Garuda pleased the Lord who appeared before him and asked him the reasons for his penance. Having stated the reasons, Garuda requested the Lord to relieve him of his anxiety. Then and there the Lord gave him darshan as Lord Nrsimha with Mahalakshmi seated on his lap. Garuda pleaded that this darshan should be to the people at large.

An 1800-year-old Lakshmi Nrsimha temple in Parikkal city of Viluppuram district in the state of Tamil Nadu. Nrsimha is generally seen in his furious form embracing  Goddess  Mahalakshmi while she is seated on His lap. This is the only temple in India where the Lord Nrsimha and  Mahalakshmi are seen embracing each other. This is to show that Lord Narasimha has shed His fury and graces devotees with all mercy.
The Legend

A king Named Vasantharaja a great devotee of Lord Nrsimha ruled this place with his capital at Vriddachalam and wanted to build a temple for Lord Narasimha.  He was Constantly troubled by a demon named Parakalasura who was said to be a relative of Hiranyakashipu, King Vasantharaja undertook great penance here as directed by his Guru. Answering his prayers, Lord Nrsimha appeared here and killed the Parakalasura. Having only seen the destructive mood of an angry Narasimha, King Vasantharaja invoked the blessings of Goddess Lakshmi to provide Darshan with the Lord displaying his softer form. Goddess Mahalakshmi is said to have sat on his lap, cooled him down and provided Darshan to king Vasantharaja, and to all the Demigods and sages at this place. Delighted seeing Lord Nrsimha in this form, king Vasantharaja requested that this place be named after the Demon who provided the king with the opportunity to have a Darshan of the Lord. Hence, this place was referred to as ‘Parikala’puram, which in course of time became ‘Parikkal’.

Singarkudi is a famous temple of Ugra Nrsimha situated between Pondicherry and Cuddalore. Here Lord Ugra Narasimha appears very furiously with 16 hands as at the time of destroying Hiranyakashipu.

In each one of the sixteen hands, either an action or a gesture is shown or a weapon is held in the following manner.

He killed Hiranyakashipu facing west, here too the Lord is facing west. On the left of Nrsimha is Hiranyakshyapu’s wife Neelavathi and are three demons seeking His darshan, Prahladha, Sukra and sage Vasista on the right. Yoga Narasimha and Bala Narasimha in small form face the north. This is a rare portrayal of three Nrsimha in a Garbgriha
The Legend
Nimi Chakravarthy belonging to the solar race was endowed with a sharp intellect. A devout person he conducted many Fire Sacrifice s and secured many boons from the Devas. He wanted to perform Indra Fire Sacrifice for the welfare of mankind. Thus the king approached his guru Vasishta and informed him about the Fire Sacrifice and also requested Vasishta to conduct the Fire Sacrifice. Since Vasishta was reluctant to perform Fire Sacrifice for Indra he expressed his inability to perform but assured that he would visit him the following day.
The king, however, decided to go ahead with the Fire Sacrifice with help of Sage Koushika, after conducting the Fire Sacrifice successfully he wanted to take rest and retire to his palace. He ordered his guards not to allow anyone to visit him. At this juncture, Sage Vasishta wanted to have a rendezvous with the king and asked the guards to allow him into the palace. The guards refused permission. Enraged at this act the Sage Vasishta cursed the king to lose his identity and wander in the atmosphere without a body. The king knew about the Incident and for his part cursed the Sage likewise. The king felt that it is not proper for a Sage to curse anyone while he is asleep. Thus the sage and the king were roaming in the atmosphere without a body aimlessly. All sages assembled and wished to perform a Fire Sacrifice to redeem them of the curse. But the king did not want to assume his normal self instead he wanted to worship God through eyes of mankind.
Sage Vasishta approached his father Brahma and sought his guidance. The four-headed Brahma at once asked him to proceed to Singarkudi and do Penance propitiating Nrsimha. As suggested by his father the sage went to Singarkudi and attained salvation through penance. The God pleased with his devotion gave darshan to him. 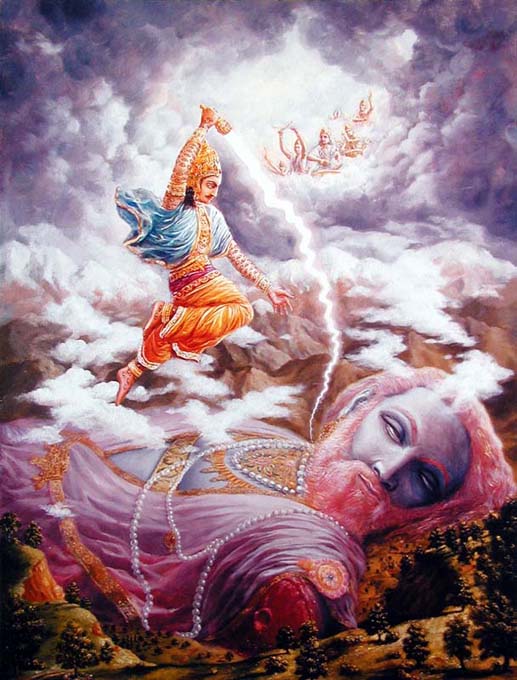 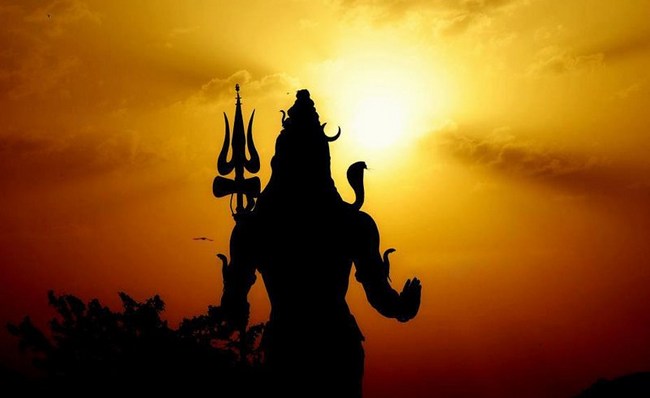 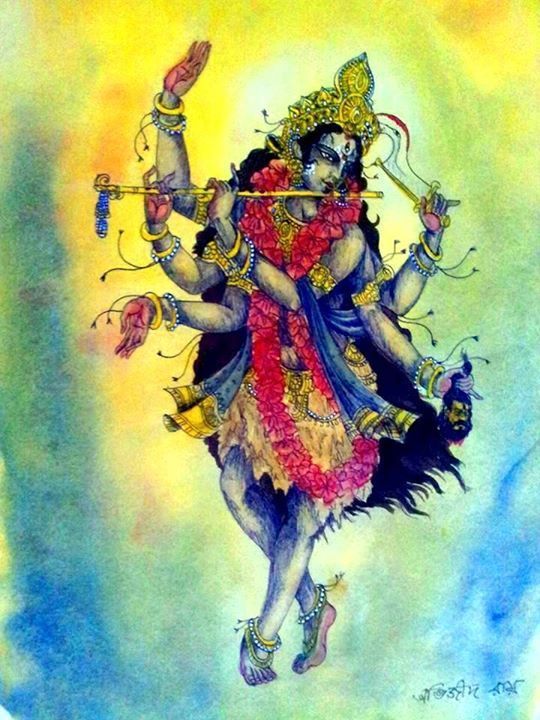 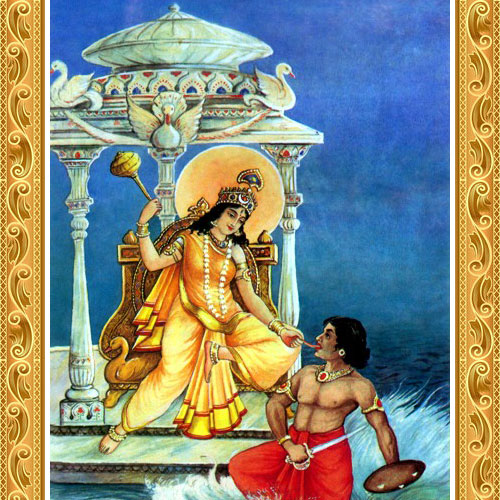