Mehul Vora May 3, 2016 Leave a Comment on Drought Demons
Share the stories
Draught is a very serious condition that kills the water supply of the region, leading to a serious battle for survival, and if this very condition is prolonged then there comes another situation of ‘famine’. Currently, Far, more people in Maharashtra, India are facing this severe condition. Due to this we are losing so much. Farmers committing suicide, struggle to just get ample water to drink and cook. And the list of problems is so much more. Looking at the severity of Drought it just seems like there is a demon drinking or blocking away the water.
Drought is indeed caused by demons, as illustrated in Mythologies across the world. If we refer the Indian Mythology the Drought was caused by the famous demon Vritra, the famous Mentions of The great battle of Indra and Vritra from Rig Veda.
But there are many more such demons.

The goddess of drought in Chinese myth. She appears in several tales as an ally of Huang Di, the Yellow Emperor, to dry up a great storm that his enemy Chiyou brought against Huang Di’s army. Sometimes called Ba or Hanba (Han means drought), Nuwa is the daughter of Huang Di, the Yellow Emperor.  she was first mentioned in the Shijing, which is The Classic of Poetry, and was Composed before 500 BC.
According to The Classic of Spirits and Strange Things, which was written possibly in 386-589CE, Nuwa was a meter tall, didn’t wear clothes, and was quick to move like the wind. If she appeared, there was drought, and the only and really mean way of getting rid of her is to capture and dump her in shit. In the Shan Hai Jing (Classic Of Mountains and Rivers), she was the daughter of Huang Di and she lived in a place called the Terrace of Gonggong, which is located on Xikun mountain in the north. She wore green and was bald. When Chiyou gave Huang Di some trouble, he asked the god of the wind, Feng Bo, and the Rain Master, Yu Shi, to mess up things. But Huang Di called in Ba to help and so totally defeated Chiyou.
Ba couldn’t return to heaven after that, and even though she was taught to stay in one place, she didn’t. After Shujun, the Cultivation God, complained, Ba was made to live by the Red River, but she didn’t agree to it and made her way ’round the world. Since she caused drought, no one wanted her around at all and so, they tried to chase her away. They’d clear the mud out of canals and ask the goddess by saying, “Goddess, don’t give us drought, go to the north, ” This custom was still practiced till 1949, in Sichuan, Shandong, and other places. In Sichuan, a man would dress as Ba and four others would be warriors, pretending to fight and chase her away. It would last for hours. In north Henan, people thought that Ba was actually the spirit of someone who’d just been buried, and when there was no rain, the farmers would open the grave, dig the corpse out and whip it so that the god would give drought during the night.

Apaosha the Zoroastrian Demon of Drought

Apaosha is the Zoroastrian demon of drought. He is the epitomized antithesis of Tishtrya, the divinity of the star Sirius and guardian of rainfall. In Zoroastrian tradition, Apaosha appears as Aposh or Apaush. In the mythology of Yasht 8.21-29, Tishtrya, as a mighty white horse with golden ears and golden tail, rushes towards the cosmic sea Vourukhasha. On his way, he is confronted by Apaosha a horrible black horse with black ears and a black tail. They battle for three days and nights until Apaosha drives Tishtrya away. Tishtrya then complains to Ahura Mazda that he was weakened because humankind did not give him his due of proper prayers and sacrifices. Ahura Mazda then himself offers sacrifice to Tishtrya, who now strengthened reengages Apaosha in battle at noon and conquers the demon of drought. Tishtrya then causes the rains to fall freely upon the earth and all is well again.

Greek God of Sea becomes the Demon of Drought.

Poseidon the Greek God of the Sea caused drought just because his ego was hurt and he wanted vengeance. Poseidon is the Greek god of the oceans, earthquakes, droughts, floods, water, aquatic creatures, marine weather, and horses. Poseidon was the child of Kronos and Rhea and brother to Zeus and Hades. Poseidon lived in an underwater palace and as such, ruled over the denizens of his watery world. He controlled every aspect of the oceans and aquatic regions. Poseidon was more powerful than other sea deities combined and the latter were his subordinates. Poseidon posted one of them, Proteus to the icy regions in the north, to rule over these lands.  He is also the creator of horses. Before the horse, Poseidon created the hippo, the camel, the giraffe, and the zebra, then refined the shape to create the first horses, out of sea waves.
He fought for the patronship of many cities, mainly Athens. But when the people chose Athena, Poseidon unleashed a powerful flood. Since then, Athenians gave equal worship to Poseidon. The god once again lost control of Argos against Hera, when she won by one vote. Poseidon retaliated by massacring the local river gods, flooding the entire city and subjecting to drought. Since then, the Greeks stripped women of their right to vote. Poseidon was a patron god to a majority of the Greek cities and ports, and thus earned the title of “Protector of Greece”.

In the dream-time, a terrible drought swept across the land. the land was dead and barren. After many had died of thirst, all the animals in the land met together in a great council to discover the cause of the drought. They traveled many miles. When they all arrived at the chosen meeting place in Central Australia, they discovered that a frog of enormous size had swallowed all the water in the land, and thus caused the drought. After much serious discussion, it was decided that the only way to obtain the water again was to make the frog laugh. The question now arose as to which animal should begin the performance, and, after a heated argument, the pride of place was given to the Kookaburra
The animals then formed themselves into a huge circle with the frog in the center. Red Kangaroos, grey Wallarus, rock and swamp wallabies, kangaroo rats, bandicoots, native bears, and ring-tailed possums all sat together. The emu and the native companion forgot their quarrel and the bellbird chimes. Even a butcher bird looked pleasantly at a brown snake, and the porcupine forgot to bristle. A truce had been called in the war of the bush.
Now, the Kookaburra seated himself on the limb of a tree, and, with a wicked twinkle in his eye, looked straight at the big, bloated frog, ruffled his brown feathers, and began to laugh. At first, he made a low gurgling sound deep in his throat, as though he was smiling to himself, but gradually he raised his voice and laughed louder and louder until the bush re-echoed with the sound of his merriment. The other animals looked on with very serious faces, but the frog gave no sign. He just blinked his eyes and looked as stupid as only a frog can look. The Kookaburra continued to laugh until he nearly choked and fell off the tree, but all without success. The next competitor was a frill-lizard. It extended the frill around its throat, and, puffing out its jaws, capered up and down. But there was no humor in the frog; He did not even look at the lizard, and laughter was out of the question. It was then suggested that the dancing of the native companion might tickle the fancy of the frog. So the native companion danced until she was tired, but all her graceful and grotesque figures failed to arouse the interest of the frog.
The position was very serious, and the council of animals was at its wits’ end for a reasonable suggestion. In their anxiety to solve the difficulty, they all spoke at once, and the din was indescribable. Above the noise could be heard a frantic cry of distress. A carpet snake was endeavoring to swallow a porcupine. The bristles had stuck in his throat, and a Kookaburra, who had a firm grip of his tail, was making an effort to fly away with him.  Close by, two Bandicoots were fighting over the possession of a sweet root, but, while they were busily engaged in scratching each other, a possum stole it. They then forgot their quarrel and chased the possum, who escaped danger by climbing a tree and swinging from a branch by his tail. In this peculiar position, he ate the root at his leisure, much to the disgust of the Bandicoots below.
After peace and quiet had been restored, the question of the drought was again considered. A big eel, who lived in a deep water hole in the river, suggested that he should be given an opportunity of making the frog laugh. Many of the animals laughed at the idea, but, in despair, they agreed to give him a trial. The eel then began to wriggle in front of the frog. At first, he wriggled slowly, then faster and faster until his head and tail met. Then he slowed down and wriggled like a snake with the shivers. After a few minutes, he changed his position, and flopped about like a well-bitten grub on an ant bed.  The frog opened his sleepy eyes, his big body quivered, his face relaxed, and, at last, he burst into a laugh that sounded like rolling thunder. The water poured from his mouth in a flood. It filled the deepest rivers and covered the land. Only the highest mountain peaks were visible, like islands in the sea. Many men and animals were drowned.
Let the demons not trouble you and cause this epidemic of drought, let us take collective measures and save our land and restore the waters. Let us make the Frog “Laugh” or chase away the goddess to “north” or just let Poseidon win for a start. 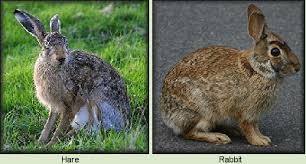 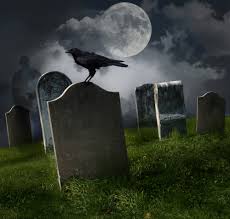 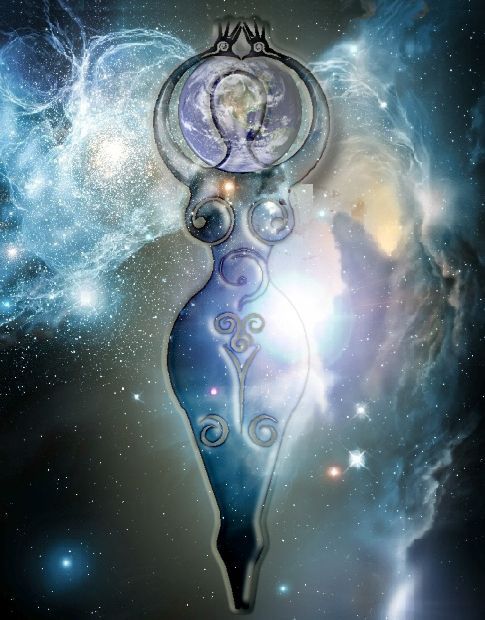 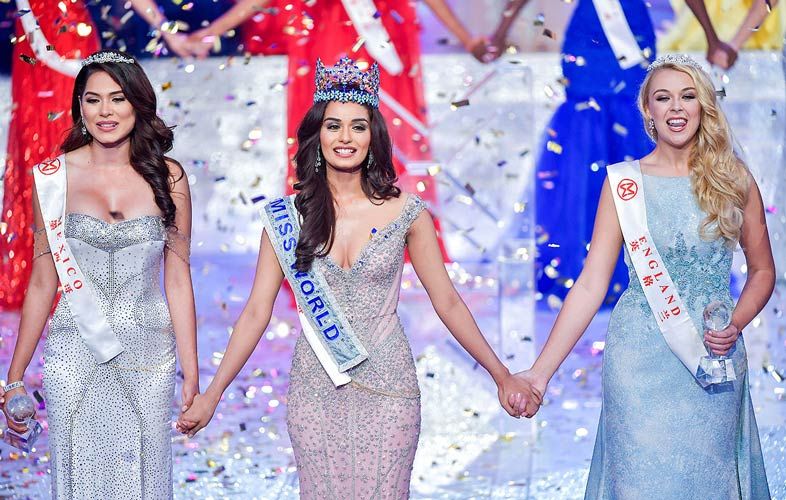