Why offer food to God?

Food is the building block for human life. If there was no food there would be no life. Food acts as a life-driving force in human life. On the other hand, God is the ultimate creator, he has created living entities and provided food for all. God has made such arrangements that even before a living entity appears on this planet his food is already in place. The mother’s breast starts to lactate only when there is a baby inside her womb, it stops once the baby comes to a self-sustainable age. There are trees and crops that one can eat, someone might have planted the seeds, but it is a god that planted the seeds before creating man (bible genies). We work so hard in our e everyday lives so that we could feed ourselves and family, similarly animals hunt only to feed themselves and their families.

We are indebted to God for giving us food and life. So we need to thank god, but is there a price that can account for food and life? There cannot be, it is not as simple as we go to a restaurant and ordering what we like, and paying it off later. What if god did not manufacture the ingredients that the restaurant used to make your order? We cannot repay God for his mercy. But we can be grateful, we can love him as our supreme father.

What we do to express love in our day-to-day life, as an extreme expression of love we prioritize the one we love, we put the person we love before everything we do. If we are eating then we offer the person we love first. This is the logic behind offering food to god first. We love the supreme father, so we first offer him and then eat. The food offered to him becomes the prasadam. It has full potency and is nondifferent from the lord himself. Since food is the ultimate life-driving force we offer food to god.

How Does god eat?

God is a divine person and he need not eat the way we do, using hands and mouth. His mere glance is way of accepting the offering. God, is not satisfied with grains and fruits as food, he is satisfied only when the offering is made with pure love, devotion, and surrender, (patram pushpam) If the offering is without love and devotion however lavish it be its not of any importance to the lord. It’s the bhav or feelings that matter, not the delicacies.

What to offer god?

Can we offer him anything we eat? The answer is simple, yes if the food is cooked in good consciousness and with purity. In Indian belief, food is characterized by three Gunas, Satvik , Rajasik, and Tamasic.  The Ancient texts say that the essence of the world and all that is in it is composed of these three modes of material nature. The Satvic or mode of goodness, the Rajasic or mode of passion, and the Tamsic mode of ignorance. Everything including our lifestyle, thoughts, and actions, the clothes we wear, or even the foods we eat are categorized into these modes of material nature. Bhagavad Gita has a whole chapter explaining these modes and how they control us.

Every man has one of the modes predominant and but we should try to be more inclined towards sattvik or the mode of goodness that will give spiritual bliss. But also as a matter of fact we are governed by a combination of gunas instead of one alone. Tamsika is the dark-natured one, a man with such a nature is characterized by shortness and corpulence, despondency, stupidity, and impiety. He is prone to stupefaction, the perversity of intellect, and lethargy in action. In, short a highly disagreeable being.

Such a man takes food that is putrid and stale, worse the food is cold and flat, that which is made of the leavenings of others.

The Rajasika man has feelings of much pain and misery. He has a roving spirit as well as an overweening confidence in his own excellence. Tall, muscular, passionate, and he is full of physical energy. Also because of his nature, he is prone to vanity, pride, lust, anger, and hilarity.

Rajasika food is bitter and sour; it is saline, pungent, and stringent as well. The satvika man is characterized by medium height, a fine and slender body, a judicious regimen of diet, longevity, and a strong faith in god. A good retentive memory and performing good deeds regardless of consequences, He is prone to forbearance, truthfulness, intellect, understanding, and courage.  I was amazed to learn this. I further understood that consciousness is directly connected to good food. It is also said in the scriptures that we put our consciousness into the food we cook. The consciousness of the cook affects the one eating it. If someone cooks in anger then the one eating it will get anxious after eating it. If someone cooks with happiness then the one eating will feel satisfied.

Happiness is produced from within, and is unrelated to and not derivable from external matters. Just as our body requires physical exercise to keep it healthy, so also does happiness. And what can be a better source of happiness than food?

Quoting Bhagavad Gita again, anything that is offered with love and devotion is accepted by the lord. But keeping the concept and consciousness of the gunas in mind we do not offer foods that fall under the tamasic and satvik categories. The foods such as nonvegetarian,  extra spicy, onion, and garlic.

Prasadam is the personification of the lord because it is made with good consciousness and is accepted by the lord,  it contains high amounts of spiritual energy,  that purifies us and also detoxifies the soul. Eating prasadam destroys past karmas. 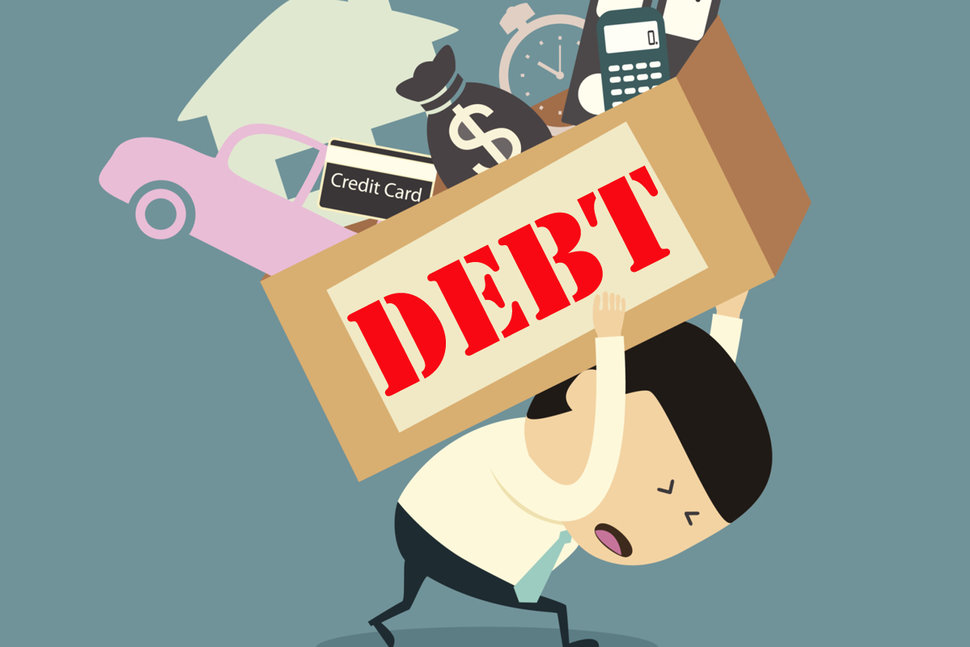 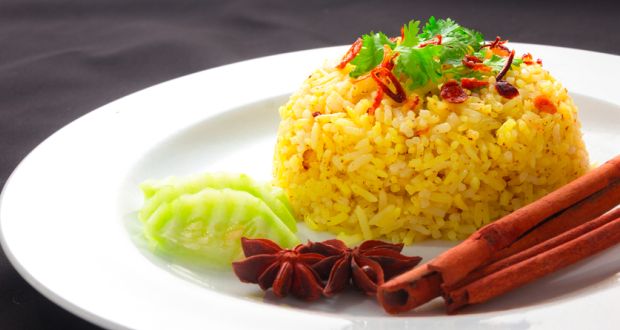 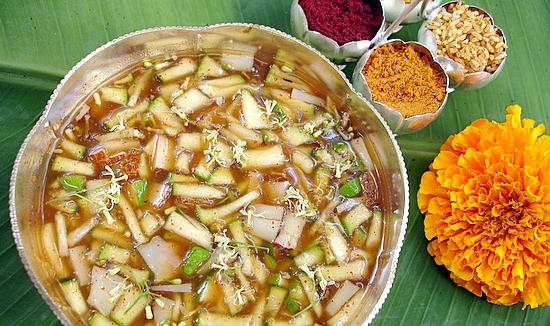